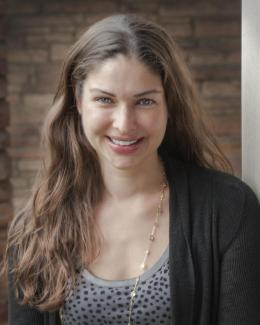 Originally from Tulsa, Oklahoma, Courtney (she/her) graduated from the George Washington University in Washington, DC in 2003 as magna-cum-laude with double majors in Hispanic Literature and Latin American Studies. In 2007, she received her Master’s in Hispanic Languages and Literature from UCLA and was named TA of the Year from UCLA’s Department of Spanish and Portuguese.

In 2007, Courtney joined the CU Boulder community as a Spanish Lecturer and quickly dove into transforming her classes using the hybrid and flipped format. From 2011-2014, Courtney supported the Foreign Language Technology Program at CU’s Anderson Languages & Technology Center collaborating with CU language instructors to enhance students’ cultural and linguistic experiences through technology.

Courtney joined OIT in 2013 and since then has supported numerous campus technology projects and initiatives to improve the student experience both inside and outside of the classroom. She now leads user experience research efforts for the continued build out of Buff Portal, CU’s student portal that was designed in collaboration with CU students as part of the Unified Student Experience project. Courtney is a member of OIT’s User Experience Research and Design team, which looks forward to continuing to improve the experience of CU’s students, faculty and staff through their user-centered research, content, and design work.

When not on campus, Courtney likes to listen to podcasts, garden, travel, and support awesome Colorado bands like The Motet.